Although I am certainly no expert on “gun violence” (recognizing the term itself it problematic, as I will discuss in my next post), I was asked to serve as a “discussant” for a panel on the topic at the recent meeting of the American Society of Criminology (see session #292 in the on-line program of the conference).

The job of the discussant is to read the papers being presented, offer some intelligent commentary on them, and raise some questions for the authors to consider.

After one paper (on mass shooting events was withdrawn), I was left to comment on three papers:

Papers presented at conferences like this are typically unpublished and are often in their very early stages, therefore the three papers I read were in various stages of completion.

The most complete paper, and the one of most interest to readers of this blog, is Kleck’s on large-capacity magazines and mass shootings, so I am writing a separate post on that paper that will go up tomorrow. 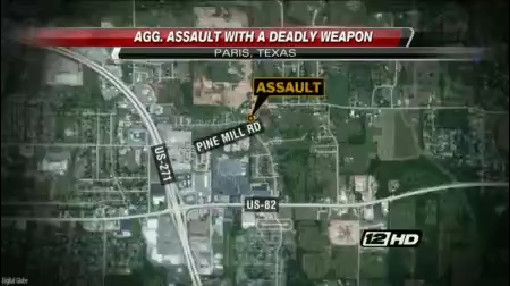 Dierenfeldt examined racial (black-white) differences in the likelihood of gun use during an aggravated assault using data from the National Incident Based Reporting System (NIBRS) from 2009-2011. (The NIBRS is replacing the summary reporting found in the Uniform Crime Reports [UCR] and includes more detailed information on criminal incidents reported to police.) He combined this crime data with demographic information found in the American Community Survey.

Using complex statistical methods, Dierenfeldt found some interesting similarities between the predictors of gun using during an aggravated assault for blacks and whites, and a couple of interesting differences.

This suggests that simply saying “gun use during an aggregated assault” is not sufficiently specific to understand its causes and therefore no single/simple public policy can be implemented to address it.

“The Point Blank Effect: A Preliminary Assessment of the Deterrent Effect of Firearm Possession and Use”

In their paper, very much a work in progress, Vincent Ferraro and Saran Ghatak wade into the perilous waters of the guns and crime debate, and if that alone were not enough, they do so with a particular focus on increasingly controversial “Stand Your Ground” laws.

Basically, Ferraro and Ghatak look at state level homicide rates (average number of murders per 100,000 population in 2011, 2012, and 2013 according to the FBI’s Uniform Crime Reports) and try to determine whether state gun policies are related – positively or negatively – net of other predictors of homicide.

They focus on 3 state gun policies in particular:

Although the results here are very preliminary, on their first take Ferraro and Ghatak find the following statistically significant correlations:

Shall issue licensing had no significant relationship with homicide rates, which is not surprising since 82% of the 49 states in the study are shall-issue (Vermont excluded because its lack of a licensing system). There is simply not enough variation in this “variable” for it to vary systematically with another variable.

Where you find more variation with respect to concealed carry is in the percentage of the population with a carry permit (mean for 49 states is 4.97 with a standard deviation of 3.17). Not every carry law is created equal, even beyond the shall issue/may issue divide. This was one of the points of the Lott, Whitley, and Riley report, and Ferraro and Ghatak’s study seems to bear out the importance of looking at the consequences of different specific details of different shall issue laws.

And in terms of the guns and crime debate (more guns, more crime or less?), only the percentage of the population with concealed carry licenses would seem to bear on the debate directly. More concealed carry licenses would mean more criminal deterrence and less crime – which is what the authors’ data shows. Shall issue vs. may issue and SYG laws are not actually measures of whether there are more guns or not.