4 years ago today I wrote my first post on this blog, about how I got into Gun Culture 2.0. 130 people viewed my site 539 times that year, 2012. Which was fine, because I started the blog as a way of helping myself think about this phenomenon of gun culture which was entirely new to me personally and intellectually. In the following three years, almost 60,000 people visited my blog with each year more than doubling the previous year. And this year promises to exceed the previous year once again, which is far more than have looked at any of my academic work. I’m grateful that some people take the time to read what I have to say about a topic that I am learning about as I write.

What better place to spend my 4th Blog Anniversary than in one of the hearts of American gun culture, the National Rifle Association Annual Meeting and Exhibits?

I originally didn’t think I would make it to Louisville this year, but a premature end to some other business in Tulsa Friday night put me on the road Saturday. 10 hours driving plus a loss of an hour due to a time zone change put me into Louisville last night and as soon as I hit “post” on this entry I will be heading to the meetings! More on what I find there later. 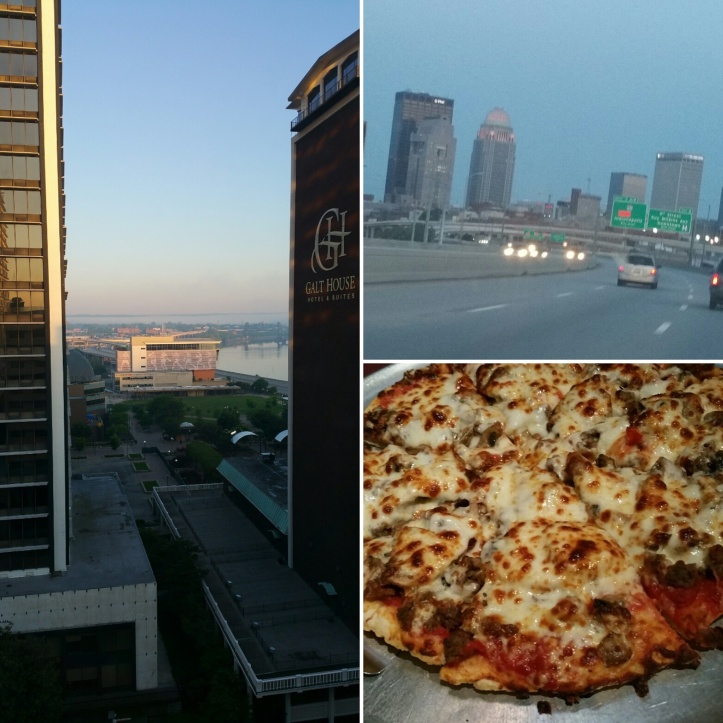