As I noted yesterday, I am organizing my Sociology of Guns seminar this semester around an essay published by sociologist James D. Wright in 1995, “Ten Essential Observations on Guns in America.”

James D. Wright is currently Provost’s Distinguish Research Professor of Sociology and Director of the Institute for Social and Behavioral Sciences at the University of Central Florida, having previously been a member of the Departments of Sociology at Tulane University (1988-2001) and the University of Massachusetts at Amherst (1973-1988). He has studied the formation of political attitudes, the social impact of natural disasters, and homelessness, and currently serves on the Board of Directors of the Coalition for the Homeless of Central Florida, the Homeless Services Network, the HOPE Helps Foundation. 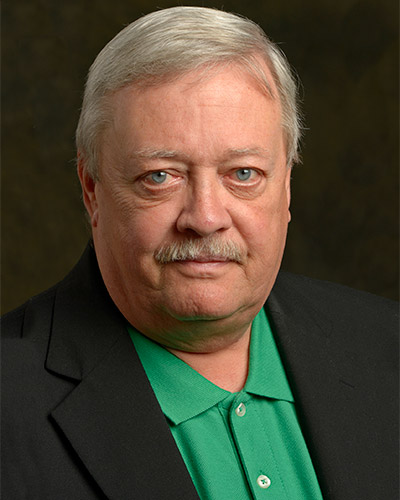 Along the way, he conducted some of the earliest research on the sociology of guns. His first publication on the topic was in 1975 in the academic journal Social Problems: “The Ownership of the Means of Destruction: Weapons in the United States.” Along with this academic publication, he also placed a version of the work in the left-leaning magazine The Nation the same year.

Reflecting back on this in 1988, Wright acknowledged that his approach at the time was “unmistakably ‘anti-gun’.” (HT to K at Louisville Gun for posting Wright’s essay in The Public Interest, “Second Thoughts about Gun Control”.)

Subsequent to his first publication, Wright received grants in 1977 and 1981 from the National Institute of Justice to study guns and violent crime. The first grant resulted in a three volume government report on “Weapons, Crime, and Violence in America” published in 1981, and a 1983 book Under the Gun. 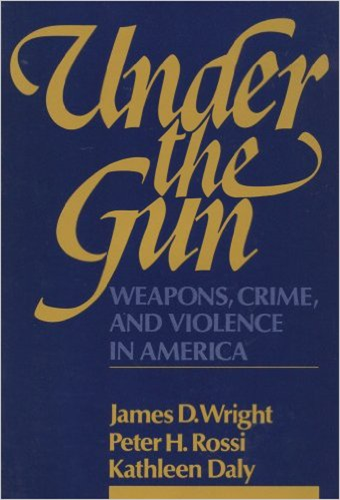 The second grant led to the publication of Armed and Considered Dangerous: A Survey of Felons and Their Firearms in 1986. A second expanded edition was published in 1994 and was reissued with a new introduction in 2008. 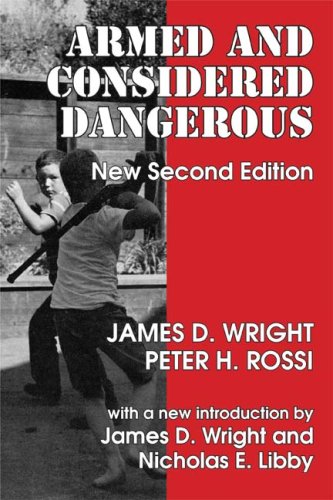 Both books remain in print today, and were co-authored with Peter H. Rossi, who served as President of the American Sociological Association in 1979-80.

Reflecting on his program of firearms research in the 1988 Public Interest essay, Wright observed,

“…at the outset of the research program I had a strong feeling that the pro-gun-control forces had never marshalled their evidence in the most compelling way, that they were being seriously undercut by the more artful polemics of the National Rifle Association and related pro-gun groups. That the best available evidence, critically considered, would eventually prove favorable to the pro-control viewpoint was not in serious doubt—at least not to me, not in the beginning. In the course of my research, however, I have come to question nearly every element of the conventional wisdom about guns, crime, and violence.”

Published in 1995, “Ten Essential Observations on Guns in America” highlights Wright’s questioning of the conventional wisdom. For the record, his observations are as follows:

I am looking forward to thinking about these observations along with my students this semester, especially considering how they may have changed over the past 20 years. I will share what I can from these explorations along the way.