For those of you who would rather listen to me explain my recent article on religion and guns in America than read it, you can do so thanks to WAMC Public Radio’s Academic Minute program, which is also available on the Inside Higher Education website. 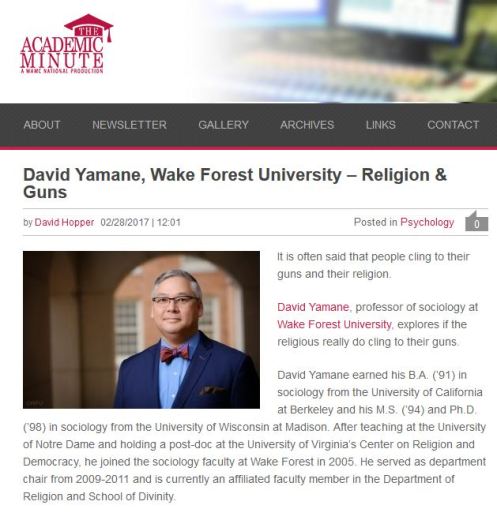 Or if you are a real glutton for statistical punishment, go ahead and read the full paper (yamane-2017-journal_for_the_scientific_study_of_religion).