The History of Concealed Weapons Laws in the United States, Part 4: The Dawn of the Era of Permitless Carry

When I began this blog nearly 5 years ago, I had no idea that I would be talking about the dawn of a new era of concealed carry in the United States. But developments in the past couple of years have forced my hand. Before highlighting those developments, I will review the broad pattern of development in concealed weapon laws for the record .

A very rough dating of various “eras” of concealed carry in the US looks like this: 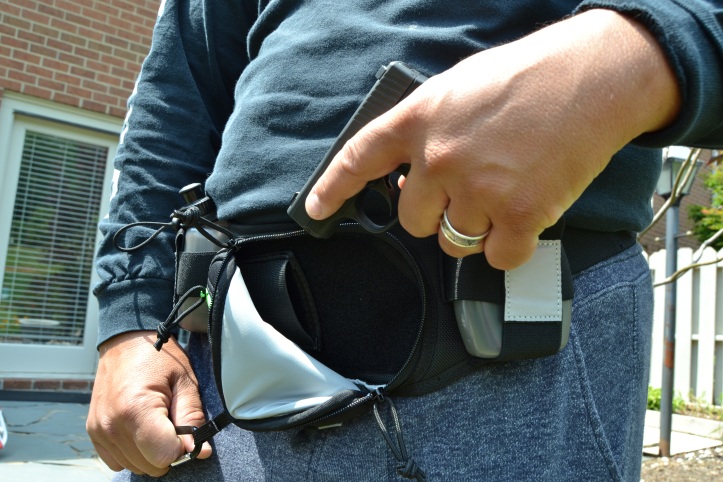 Briefly, in the early republic, no special licensing was required to bear arms, either openly or concealed.

But beginning with Kentucky in 1813, there was a movement in several southern states to ban the carrying of concealed weapons in public. In time, these prohibitions spread from the south to the rest of the United States. This “restricted era” of gun carry continued through the 1970s.

Over the last four decades there has been dramatic shift toward the liberalization of concealed carry laws in the form of state passage of what have come to be known as “shall issue” laws. From 1980 to 2013, 38 states passed these laws that require state or local authorities to issue a permit to any applicant that meets the objective statutory criteria if no statutory reasons for denial exist. The issuing authority’s discretion over subjective criteria like the “good moral character” or “good cause” of the applicant is removed from the process.

Vermont has never banned the practice of carrying a concealed weapon without a permit and so does not issue concealed carry permits. Because of this, state laws that allow individuals to carry a concealed weapon in public without a permit are sometimes called “Vermont Carry.” Other terms for permitless carry are “freedom to carry” or “Constitutional Carry” (because “the Second Amendment is my carry permit”).

Whatever it is called, permitless carry represents the next phase of this liberalization of gun laws in the US. Including Vermont, 11 states now allow individuals to carry a concealed weapon in public without a permit, with certain restrictions and exceptions: Alaska, Arizona, Idaho (residents only), Kansas, Maine, Mississippi, Missouri, New Hampshire, West Virginia, and Wyoming (residents only).

In order of passage of permitless carry:

Other than Vermont, these 10 permitless carry states still issue concealed carry permits, which offer additional benefits depending on the state. For example, only permit holders in Arizona can carry concealed in businesses that service alcohol (provided the business allows firearms in the first place and the concealed carrier does not drink).

EDIT (3/16/17): Reader Matthew Carberry makes an astute observation in a comment (below) that calling permitless carry in states which issue carry permits “Vermont Carry” is a misnomer. The modern system of “permitless carry with permit for reciprocity,” therefore, is more properly called “Alaska Carry.”

Although I am not a betting man, if I had to guess what Part 5 of this history of concealed weapon laws in the United States might be I would say national concealed carry reciprocity. That is, a concealed carry permit issued in any state would have to be recognized by every other state. There doesn’t seem to be enough political momentum to pass such a federal law right now, but there didn’t seem to be any movement for permitless concealed carry when I began blogging in 2012 either.