Following up on the announcement of National Rifle Association Carry Guard coverage and training, John Richardson of No Lawyers – Only Guns and Money tipped me off to the fact that the NRA Personal Protection Expo has now been re-branded as the Carry Guard Expo. 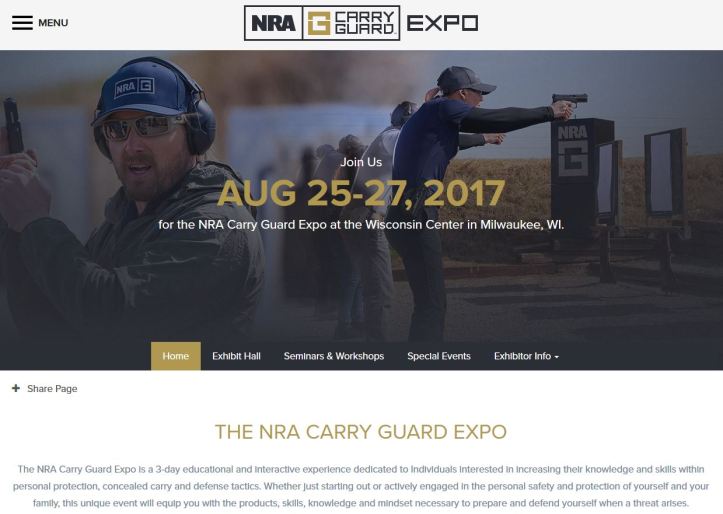 I still can’t help but think that having the Expo in the United States Concealed Carry Association’s back yard is deliberate, and I wonder whether folks in Gun Culture 2.0 who are aligned with the USCCA like Andrew Branca will be persona non grata at the Carry Guard Expo?