Weekends are a time when I catch up on listening to podcasts. I subscribe to nearly 40 podcasts, of which half are gun podcasts, and so I am usually in catch up mode.

This past weekend I was struck by two very opposing views of defensive gun use presented on two different podcasts. The first was John Johnston’s Ballistic Radio podcast with Melody Lauer co-hosting (Episode 215, 2 July 2017, “The Day the Music Died”). 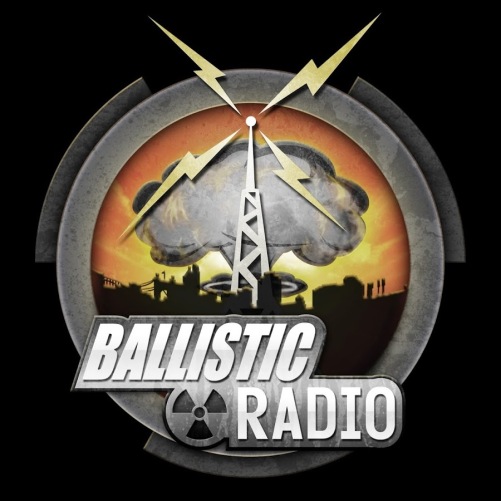 Lauer presented a question that a listener wrote in: “Why should I avoid demonstrations? I mean, I have a concealed weapon to defend myself from someone there who attacks me.”

So, I think that this is often times lost sight of by everybody, but I want everybody to just bear with me for a second and consider: If you legally shoot somebody, like they give you no recourse and you shoot them, that’s still a really bad thing. That is probably going to be the worst day of your life, and possibly the end of your life as you know it, whether or not you die. OK? So shooting somebody is bad. Period. Full stop.

Putting yourself in situation where the likelihood that you shoot somebody, legally or not, increases, is also bad. If you want to go demonstrate and you are carrying a legal means to protect yourself, that’s cool. There was a photographer out in Washington [actually, Oregon] that brandished a firearm at people that were actually threatening him and he’s now a prohibited person, can no longer own a firearm because he caught a felony off of that.

Before taking a break for the next segment, Johnston reiterated his bottom line, encouraging his listeners to “say it with me: shooting someone is bad. And if you think otherwise, maybe you need to reexamine how you are approaching this whole self-defense thing.”

A very different perspective on the same topic was offered by Gabe Suarez on Mike Seeklander’s American Warrior podcast (Show #88, “The Gentleman Killer”: A Candid Discussion with Gabe Suarez, 23 July 2017). This was the second recent appearance by Suarez on Seeklander’s podcast, and Seeklander made clear that one reason he wanted to have Suarez back was because of the large number of people who listened to the previous show.

As I discussed when the first podcast came out, Suarez got some blow back for offering a course called “Killing Within the Law.” Part of the course description made reference to the “Gentleman Killer.” But the idea of the Gentleman Killer is something Suarez discussed over a year ago in a blog post by that title (and perhaps earlier than that?).

In any event, Seeklander was continuing the discussion with Suarez, and in the process asked the following question:

“Do you think most guys or gals that label themselves as self-defense students and/or self-defense instructors bury their heads in the sand in terms of what we’re really doing? Because here’s the deal: If someone walks in my door right now and I grab the handgun that’s near me and I plan to shoot at them, the political way to say it is I’m trying to ‘stop the threat,’ but the reality is there is a very, very good chance I’m killing them. So I am intentionally killing them” (edited for clarity from spoken to written word).

Before Seeklander could finalize his explanation of the question, Suarez jumped in to clarify:

“So, let me rephrase that for you. If you didn’t kill them, you would probably feel bad. Because you have someone that is attacking you. An enemy, OK? And we need to be clear in our own discussions and in our training exactly what it is that we’re doing. If you bring in a baby student and you tell him, ‘OK, we’re going to use this to stop an aggressor,’ in very nebulous, fake terms, they don’t know what to think. But they come to class, you show them a pistol and go, ‘This is for killing. When the bad guy comes in to kill you, you kill them first. This is how you do it: you do it by shooting them in the face five times.”

Will killing an aggressor be the worst day or your life or will you feel bad if you don’t shoot him in the face five times? I would not go so far as to say these two views are mutually exclusive. You could feel good because you killed an aggressor before they killed you AND have that be the worst day of your life for reasons other than how you feel.

But as ways of psychologically and practically preparing for the possibility of having to use lethal force, these views do seem to me to have very distinctively different accents. It’s the difference between calling your course “Armed Citizens’ Rules of Engagement” and “Killing within the Law.” Same idea, different accent.

I have attended the former several years ago, and I am looking forward to checking out a Suarez International course this fall if all goes as planned. I will be in a better position to comment further on similarities and differences then.