I was interested to see The New Yorker covering American kids who use guns safely and lawfully, with photos by Sharif Hamza. It included a photo of the well-known Cheyenne Dalton and the less well-known Joaquin Elizondo.

Of course, The New Yorker can’t discuss guns without discussing gun violence. And in this case, writer Dana Goodyear’s fact checker was on hiatus when she made this claim:

“As firearms have proliferated in the United States, so have gun-related injuries and deaths.” 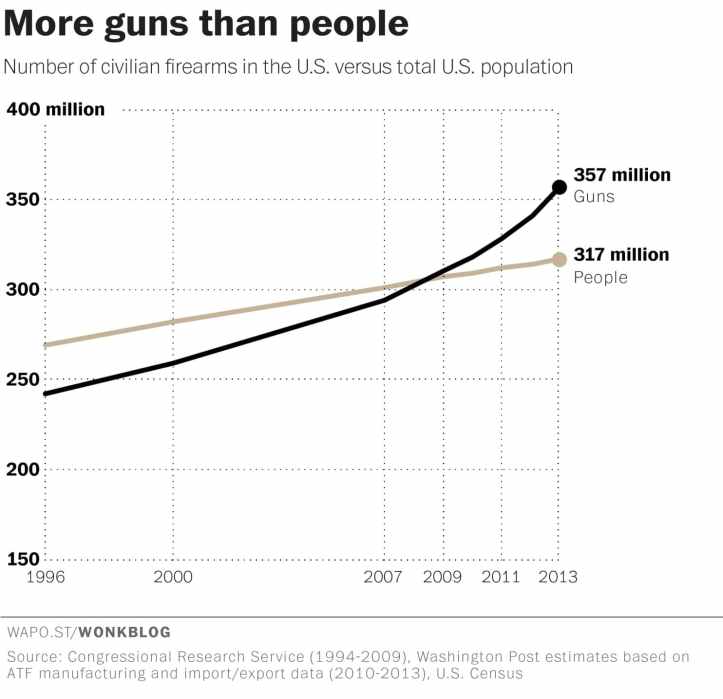 And as researchers from the Centers for Disease Control reported in a 2015 article in Preventative Medicine, firearm injury deaths and nonfatal firearm injuries have been trending downward in recent period.

Of course, guns also proliferated from the 1960s to the 1990s when the homicide rate in the United States was increasing. But the number of guns in America has been growing for a long time, and the homicide rate has generally been trending downward for a long time. Sociologist Claude Fischer observed this back in 2010, and Steven Pinker makes a similar point in The Better Angels of Our Nature.

So is this passage in The New Yorker an example of what I hear young people talking about today when they refer to “motivated reasoning”? Is that just a fancy way of saying “bias”?