Another semester teaching my Sociology of Guns seminar at Wake Forest University is in the books. I never manage to blog about the class in real time, but I do have some student final reflection essays to share. This is the first of five.

I also posted this student’s initial essay reflecting on our class field trip to ProShots Range.

For reference, the assignment was: In this final essay, you will revisit your previous personal experience with and understanding of guns in the U.S. (as expressed, e.g., in the field trip reflection essay) in light of your consideration of the role guns actually do play in American society. Reflecting on what you learned from completing your major writing assignment, as well as the class more generally, discuss how your mind has (and/or has not) changed. Conclude this paper by considering what more you need to know in order to make informed choices about your own participation with and the place of guns in the communities in which you live and will live in the future. 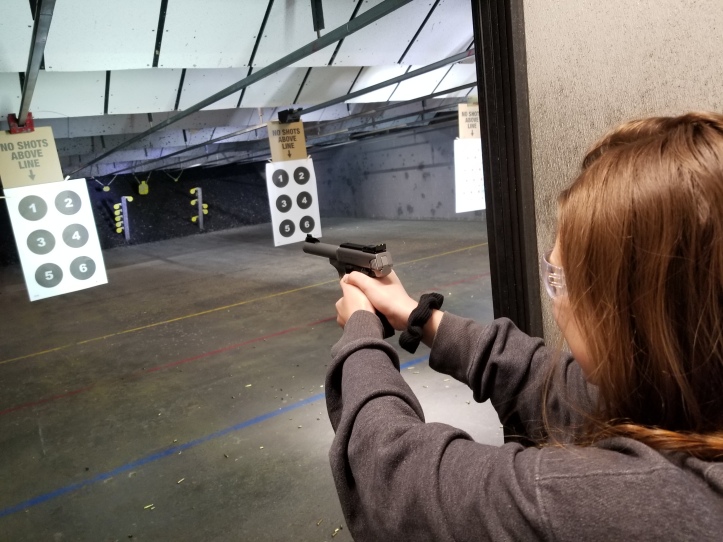 I believe that my time in the Sociology of Guns course greatly enhanced my understanding of guns, gun culture, and their presence and role in American society. I came into this class not knowing anything about guns and how they worked, but I did know that mass shootings seemed like they were happening every week and were only worsening over time, that the American public was crying out for gun control, that people often blamed mental health issues for mass shootings, and that many complained that the NRA held too much power in swaying elections and votes. I came into this class not really putting too much thought into how to solve the gun debate, but my first instinct was that gun control seemed like the solution to a lot of people’s problems with guns. I now realize the gun debate is much more complex than I ever gave it credit for.

Prior to the gun range field trip, I had only shot a rifle in my grandfather’s backyard; the only experience I ever had with guns was knowing that my uncle and grandpa were crazy about them and owned multiple. Coming from Carlisle, Pennsylvania, where we had the first day of hunting season off from school, I knew that students (mostly boys) would go hunting with their dads and that they typically used rifles—I also noticed that it was considered legendary when a daughter went hunting too. This caused me to view guns in a masculine way, resulting in my annoyance that at least in my hometown, it was odd for a girl to use or own a gun. My dad retired from the military when I was 16; I knew that he had shot guns before, but he and my mom had always insisted that there were no guns in the house. My parents never really spoke about gun issues or gun control, so I was left to form my opinions based on what I heard and saw from those around me, never really doing any research on the topic myself.

After taking this class, I now better understand types of guns, what they are usually used for, what groups of people usually own guns, and how guns are utilized in society. Although I have never been a fan of hunting (I’ve been a vegetarian for 16 years and have never seen the point in killing an animal if it will not be eaten), I realize that gun owners may own rifles for this purpose. I have realized that for many gun owners, although defense is most often cited as a reason for owning a gun, guns represent freedom and independence and are truly important to their identities as Americans—this is something I had never considered before. I also realized that I was wrong in thinking mass shootings happen every day; I learned how the media can twist and sensationalize events so that they seem much more commonplace than they really are, which instills fear in society and makes people want action. My understanding of guns has completely changed since the beginning of this semester.

My mind has changed when it comes to the gun debate and guns in general. I do think that guns are scary, as they are lethal weapons that can be used to kill someone, but I do understand how some gun owners feel that it is crucial to their identity as Americans. I think my mind has changed in the biggest way when it comes to gun control—I no longer think that gun control alone will solve all of America’s gun problems, if it will even solve any. Through class discussion and readings, I realized that although there are millions of guns in circulation, it does not mean that that’s the amount of people in the U.S. who own guns. More often than not, it is the same people buying multiple guns—some people may even have twenty or thirty of them. I also realized that waiting periods may not be as effective as we think they could be. If someone wants a gun, they can go somewhere else to find it, but often criminals are not buying their guns legally. Guns may be sold to them privately, or through the black market, or, they may use a gun that was already in the home (such as the shooter from Sandy Hook). I do think that waiting periods can prove to be a deterrent for some, such as those who may be interested in purchasing a gun so they can commit suicide.

By taking this class, I have come to realize that there is no single right answer for the gun debate, and as part of one of our last class discussions, we talked about how one of our only hopes may be to have people see and identify a common ground—for example, not wanting people to commit suicide. I think that potentially requiring more regulation on the private sale of firearms (as opposed to in a gun store) could help lessen the number of guns that make it to the black market. Adults with children, as well as any mentally ill or suicidal individuals in the home, should also want to lock their guns up so children and others are unable to reach them.

Even though I have never known too much about guns, I have always thought that once I lived on my own, I would want to own a gun for protection. After taking this class, this still holds true for me. I still view guns as scary, but I think if I had repeated exposure with them, such as purchasing my own, going to a gun range and routinely practicing with it, I could feel less nervous when I am around them. Especially as a young woman living by herself, I have always felt that it would be necessary for me to own a gun for my own sake.

When I do live on my own, I plan on taking classes on how to properly handle and use guns so I feel safe having one on my own, and know that it is there to help me (although I refuse to buy into the girl-only products for guns, such as pink holsters or the ones you can slip into your bra, because I think those are sexist). I will have to do my own research to figure out what kind of gun will work best for me and what I would need it for. After knowing how to use the gun that I buy, I do not see myself shooting at a range for fun—but this could very easily change, since during our class field trip, I felt like I was able to let out some stress by shooting. I need to know more about the types of guns so that I can pick the right one for me. I do not plan on getting my concealed carry permit, because that is not really important to me—again, that could easily change once I’m living on my own.

I will be continuing to follow the gun debate and gun culture since this class has really made me aware of aspects of guns that I had never thought of before. Maybe my perception of guns will change more as America’s relationship with guns tends to morph and unfold, but for now, I definitely plan on reading up more on guns so that I can own one to protect myself in the future.