On the Shoulders of Giants – Again

“We stand on the shoulders of giants. That’s why we are able to see so far.” – Tom Givens

As I noted in an earlier post, part of which is repeated here, Givens is drawing on an aphorism commonly attributed to Sir Isaac Newton who said: “If I have seen farther, it is by standing on the shoulders of giants.”

The version of this saying attributed to Newton is actually a modification in substance and meaning from the original. In his Metalogicon (1159), John of Salisbury attributes the original saying to Bernard of Chartres:

“Bernard of Chartres used to say that we are like dwarfs on the shoulders of giants, so that we can see more than they, and things at a greater distance, not by virtue of any sharpness of sight on our part, or any physical distinction, but because we are carried high and raised up by their giant size.”

In the original, the emphasis was on the contemporary being a drawf in relation to the giant size predecessor, while the Newtonian version accents more the contemporary’s superior vision. 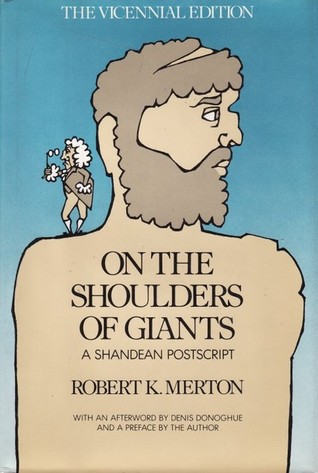 Either way, in the gun training industry, the giant upon whose shoulders contemporary pygmies stand is Col. Jeff Cooper. In my travels among gun trainers, I routinely hear the prefatory clauses “As Col. Cooper said…” or “According to Col. Cooper…”

While at Gunsite Academy last year observing the contemporary incarnation of Cooper’s 250 Defensive Pistol course, I watched a video recording from 1981 of Cooper delivering his “Mental Conditioning for Combat” lecture. Several ideas presented by Cooper in that lecture live on today in the gun training industry, including in Tom Givens’s instructor development course.

This way of thinking about private citizen gun training stresses its communal nature, rather than the competitive dimension emphasized by the term I frequently use, gun training industry.

Thought of as a community, there are analogies that can be used to describe private citizen gun trainers other than as standing on the shoulders of giants. “Roots and branches,” for example, is a common way to describe traditions of thought and practice. From a common root, many different branches sprout and grow.

Last year, The Cornered Cat Kathy Jackson posed a question on her Facebook page: “What firearms instructor(s) have had the deepest / best impact on you as a shooter (and perhaps as a person)?” It generated a list of over 100 names. With enough of that sort of information, we could create a very interesting picture of the roots and branches in the gun training community.

Of course, the “roots and branches” analogy is very similar to another analogy: the “family tree.” This way we can think of Cooper as father of the civilian gun training industry and the many children he has spawned, and their children, and so on. Younger trainers that Tom Givens has mentored like John Hearne, Tiffany Johnson, and Lee Weems are, in this sense, Jeff Cooper’s grandchildren.

Of course, if Cooper is the father of the civilian gun training industry, then he too has ancestors. I am not an historian of shooting, but Karl Rehn has been working through historical shooting instruction books in preparation for teaching an historical handgun course. (Editorial aside: I MUST TAKE!)

Rehn has already found that a lot of what is said about shooting today has been said before.

Like Bernard of Chartres said, giants and pygmies. Or more generously, following Newton, on the shoulders of giants.