I had to do a few hours of yard work the other morning, so I took the opportunity to listen to a bunch of episodes of a podcast I only recently discovered, “Think, Aim, Fire.” The podcast features Lee Williams, “The Gun Writer” from the Sarasota Herald-Tribune (and Army vet and former police officer) and “special operations legend” Bob Keller, who in 2017 founded his training company Gamut Resolutions.

One attraction of the podcast was that many episodes focused critical attention on gun training:

Commonalities and differences in the defensive firearms training community is something I have been interested in for some time now.

Another attraction of the podcast was the fact that, although I knew Lee Williams’s writing, I had never heard of Bob Keller before. This surprised me because I have spent a good part of my time studying gun culture looking at the gun training (cottage) industry, especially the past couple of years.

I don’t think of this as a criticism as Keller as much as of my own limited perspective.

A few episodes in, some common themes began to emerge in the way that Williams and Keller spoke of how civilian firearms training is done and how it should be done. After about 10 episodes, I had heard enough to want to ask Williams and Keller to clarify some points, which I did in an email to Williams.

The following summarizes what I heard on their podcast, their specific responses to my questions (on Episode 46 of the Think, Aim, Fire podcast, 27 September 2018), and an interview with Keller I found on Arik Levy’s Firearms Nation Podcast (#059, 21 April 2018). I imagine more could be gathered also from Keller’s Pantaeo Productions DVD, but I have not watched that yet.

(1) First, Keller distinguishes between firearms training pre- and post-9/11. I had never heard anyone make this distinction before so was interested in learning more about it.

Especially in his interview with Arik Levy, Keller explains that he bases this distinction on his experience training as an Army Ranger before and after 9/11. He suggests that his training underwent a fundamental shift after 9/11, and that this shift needs to be integrated into civilian gun training as well.

The reason I had not heard of this shift before, Williams said in answer to my question, is because “there hasn’t been a big post-9/11 shift in civilian training. Bob is on the cutting edge here, leading the way, trying to get other instructors to stop using bad theory[-based] technique.”

I am not expert in military combat training, but I find Keller’s description of the change in his own training pre- and post-9/11 very interesting. After all, plenty of people had engaged in combat prior to 9/11. The notion of “combat shooting” is certainly not new. But perhaps it is the case that the way our military trained for combat after 9/11 changed in a fundamental way? And in a way that has implications of civilian firearms training? 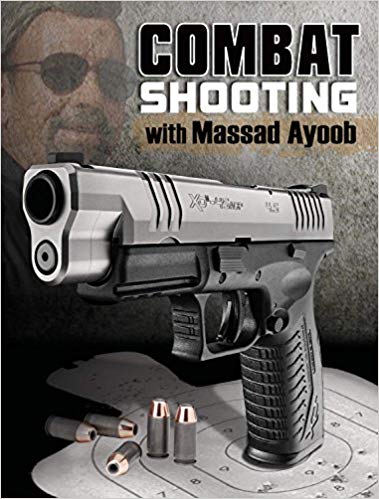 Theory-based techniques refer to those that are taught but have not been proven in combat. According to Keller, “Until you’ve been in a bunch of [actual combat] situations, you only know what you know, right? So you’re trying to come up with things you think are going to work in a gunfight.”

(3) The implication of the two preceding points is that proper civilian gun training should be based in post-9/11, combat proven techniques, which Williams and Keller refer to as “current doctrine.”

In response to my request for clarification of this doctrine, Williams referred to a book-in-progress that will outline its tenets. But in listening to the podcast, the basic teachings seem to be:

(A) The central importance of mastery of the basics. “Fast forward to post-9/11, having been in a lot of situations,” Keller observes, “the one thing that was always the constant was bringing the gun up, getting sight picture, and pulling the trigger.”

(B) Training, therefore, must be oriented to mastery of these basics. “There’s not much to it other than getting rid of all the fluff,” Keller insists. “The only thing that really mattered was being able to shoot. So it’s not like there’s any frickin’ secret to it. It’s just getting rid of all the crap that really isn’t needed in a range session, and doing the stuff that is the constant, which is shooting. Being able to get the gun up, get sight picture, and pull the trigger. That never goes away. That has to happen.”

Consequently, the centerpiece of Keller’s training courses are basic “ready, up” drills on a square range. He contrasts his boring, back-to-basics approach to training to “so-called ‘advanced classes,’” scenario-based training, CQB for civilians, and other forms of edu-trainment that are largely designed to get students to enroll in courses and make money for the instructors.

Hearing Keller describe the importance of static range training designed to ingrain the ability to get the gun up, get sight picture, and pull the trigger, reminded me of the week I spent at Gunsite Academy observing the venerable 250 Defensive Pistol Course. Students in that course spent hours practicing the basics of gunhandling and marksmanship, including showing up at the range at 0700 (an hour earlier than normal due to the excessive June heat) to dry practice their presentations from the holster for 10 or 15 minutes, and then spending six hours at the range shooting disciplined drills as the ground temperature rose to 140 degrees.

So I wonder to what extent Keller’s “current doctrine” represents a re-branding of the old doctrine known as the Modern Technique of the Pistol, codified by Col. Jeff Cooper decades ago? 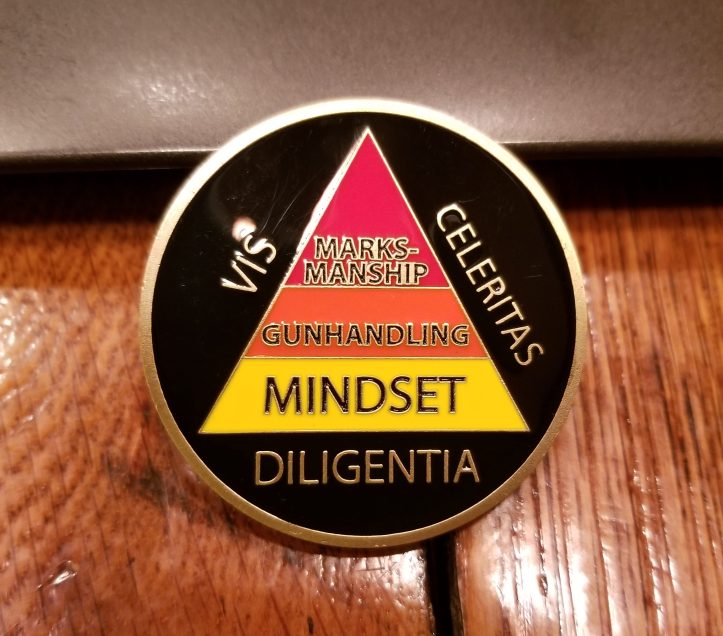 Admittedly, I have not seen Keller teach so I don’t know if there are ways in which his “current doctrine” represents a fundamental break from old doctrines. But it does seem to me that, like many current instructors and Gunsite Academy itself, he is standing on the shoulders of giants.