A video of a range safety officer actively intervening in a potentially dangerous situation has been making the rounds on the web and social media. As befits new media, I have seen many dismissive quips, but no serious analyses of the case. (Of course, I am not omniscient, so please post any you know of in the comments).

Until Monday, when I came across a video on Rob Pincus’s YouTube channel in which he breaks down the event and draws lessons from it. In fact, as he states at the outset, he draws two sets of lessons: one pertaining to gun safety and gun training and one to gun culture and gun politics more broadly.

Ensuring safety is arguably the biggest responsibility of firearms professionals. The professional firearms trainers I have been around are very focused on range safety. When John Johnston spent some time with me earlier this year on my home range, he taught me some valuable lessons about range safety. These both reinforced and went beyond what I learned when I took the NRA Range Safety Officer course in January.

To be sure, having my NRA RSO certificate alone does not guarantee that I would act as decisively as the RSO in the video did. I have never served as an RSO for an entire public range, but if I ever do, this video will definitely be in my mind. 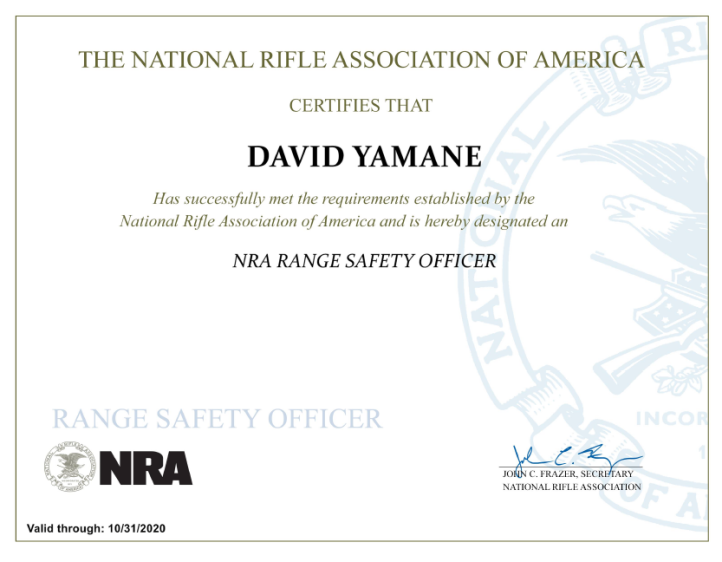 Pincus’s second point concerns gun culture and gun politics more broadly. Here is not wearing his gun trainer hat, but his Executive Vice President of the Second Amendment Organization hat. (Aside: I had never heard of the “2A0” until Pincus’s recent appointment as EVP, but more on that later.)

Many dismissive comments have been made on social media about the individual in the video who was violating basic gun safety rules. People have advocated for everything from a permanent ban from the gun range to a loss of life. Pincus suggests a more inclusive approach, one in which both the individual and the gun community learn from this incident to be better.

Pincus isn’t alone in this line of thinking in general. I recently posted about Erik “Trek” Utrecht’s appearance on Ballistic Radio (Ep. 272, 16 September 2018). Utrecht and co-hosts John Johnston and Melody Lauer distinguish between mere gun owners and responsibly armed citizens. Distinguishing between the two requires alot of what Johnston called “policing our own.” The RSO in the viral video did a good job of this.

But to Pincus’s broader point, Utrecht agreed with Johnston and added, “You’re right, we do have to do a lot of policing, but it is not by regulation. It is by making those people extinct through education and separating what is responsible and what is irresponsible.”

Making irresponsible gun owners “extinct through education.” Which means taking advantage of teachable moments like this viral range safety video, rather than simply mocking or dismissing the violator.