Reflections on Minnesota Shooting: Murder is Not Self-Defense

It did not take long for me to see the lessons I learned in “Armed Citizen’s Rules of Engagement” (aka Massad Ayoob Group’s MAG-40 class) are not strictly academic. One of my classmates called attention to the recent shooting in Little Falls, Minnesota. 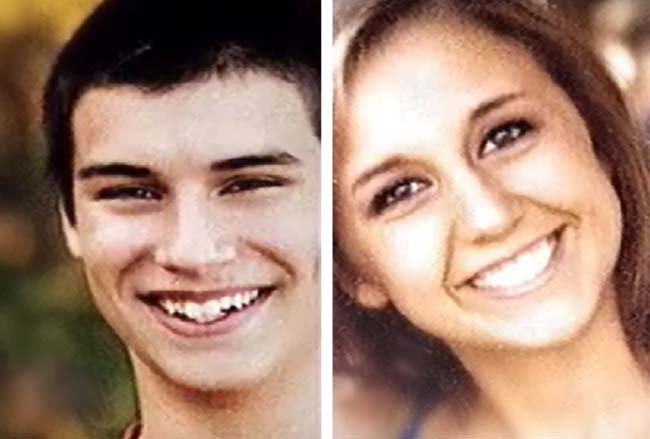 Granting that all of the pertinent details may not yet be available, here are some things that are being reported about the shooting. Byron David Smith was home alone on Thanksgiving Day. Around noon, two individuals — Haile Kifer and Nicholas Brady — broke into Smith’s house. He was in the basement and armed himself with a rifle. According to the criminal complaint charging him with second degree murder (with intent but not premeditated), Smith shot Brady as he was coming down the stairs of the basement, hitting him when he saw his hips. Brady did not die from the shot so Smith shot him again in the face. He dragged the body on a tarp to another room in the basement and sat back down. When Brady’s accomplice, Kifer, came down stairs, Smith again shot as soon as he could see her hips. She, too, did not die from this gunshot wound. When Smith tried to shoot her again, his rifle jammed so he shot her several more times with a handgun he was carrying. Apparently, when that did not kill her, according to the criminal complaint, “Smith stated at this point he placed the handgun under the woman’s chin and shot her … up into the cranium … a good clean finishing shot.”

There has been a lot of focus in this incident on the follow up shots, changing guns, hiding the bodies, Smith’s expressions “I want him dead” and “good clean finishing shot.” No one I have spoken with, thankfully, has attempted to justify this aspect of the shooting. But what about the initial shot? Was that initial shot justified?

From what I have learned so far, it is hard to say. Many will immediately point to the “Castle Doctrine” and say yes, the initial shot was justified. But in my (albeit limited) understanding, I don’t think it is totally clear. The “Castle Doctrine” is simple in a way, and complex in many ways.

Castle Doctrine comes from the English Common Law principle that “a man’s home is his castle.” In a person’s castle, there is no duty to retreat when attacked. Some states have begun enshrining the Castle Doctrine in black letter law (the issue of “Stand Your Ground” or “No Duty to Retreat” laws are a related but complicated issue I will take up separately). For example, since 2007 Texas law has held that a homeowner “may presume the use of deadly force is allowed in defense against anyone committing a burglary to an occupied dwelling” (Marty Hayes, JD, “What Every Gun Owner Needs to Know About Self-Defense Law,” Armed Citizens’ Legal Defense Network, 2011, p. 15).

In the Armed Citizens’ Legal Defense Network video “Use of Deadly Force in Self Defense” (2008), Marty Hayes, JD suggests that the general patterns of these Castle Doctrine laws is that the homeowner has a right to use deadly force against someone committing a violent felony, including burglary, in her home. The law presumes that someone who has entered your home unlawfully with the purpose of committing such a crime is in fact placing your/your loved ones’ lives in danger. According to this interpretation, if Kifer and Brady were burglarizing Smith’s house, Smith would have the right to use deadly force against them to protect himself. (Obviously, he would not have the right to execute the burglars once the threat was stopped – the case of Oklahoma pharmacist Jerome Ersland suggests as much.)

Here is where the apparent simplicity of the Castle Doctrine seems to me dangerous. From what I learned in my training class, I would not bet my life in prison on the possibility that I could convince a jury that my life was in such peril that I would have to shoot the intruders before I could fully see them and assess whether they were in fact a threat to me.

We were taught to think about justifiable use of deadly force in self defense in terms of the “AOJ Triad.” AOJ stands for Ability, Opportunity, and Jeopardy. These are not part of the law, but are criteria by which a reasonable person can judge whether a situation justifies the use of deadly force.

In the aforementioned DVD, Marty Hayes suggests that Castle Doctrine laws hold that if someone has unlawfully entered your home with the purpose of committing a crime, “the elements of ability, opportunity, and jeopardy are presumed by the law to be present.” According to this interpretation, the homeowner does not need to assess the threat’s ability or whether they have put us in jeopardy. I do not know whether Minnesota has a separate Castle Doctrine law, but if it does, homeowner Smith would not need to see whether intruders Kifer or Brady had a weapon or other disparity of force, and he would not need to assess whether they intended to cause death or grave bodily harm to him — he could shoot them before they were fully visible coming down the stairs.

This does not seem right to me. The presumption of the AOJ triad in Castle Doctrine law is something I would like to understand better.

That said, I can see ways in which Smith could attempt to articulate the ability and opportunity aspects of the triad if he had not shot Kifer and Brady preemptively. Brady — a 17-year-old male — could be seen as possessing a disparity of force over the 64-year-old Smith due to an age-based physical strength difference. Smith, however, would be hard pressed to say the same of Kifer (an 18-year-old female).

Knowing what we know from Tueller, being in the same basement area as Smith would give Brady the opportunity to cause Smith grave bodily harm. But what about jeopardy? Unfortunately, we will never know what Brady’s intentions were. So here I go back to Massad Ayoob’s humanitarian approach to armed citizenship: The only true victory for the armed citizen is deterrence. The gun gives you the power to kill. The ultimate power you have, however, is the choice not to kill.

It is impossible to know “what if,” if Smith had allowed the unarmed Brady to walk down the stairs to his basement and leveled his rifle at him, Brady would have made clear whether he intended to put Smith in “immediate and otherwise unavoidable danger of death or grave bodily harm,” or whether he was just being a stupid kid, in which case he would turn tail and run out, taking Kifer along with him.

The Castle Doctrine and AOJ Triad notwithstanding, both the Coalition to Stop Gun Violence and responsible gun owners can agree that shooting to death an intruder you have already rendered harmless is a criminal act of murder. From the statements attributed to him in the criminal complaint, it seems that Byron David Smith did in fact commit murder in the name of self-defense.