I have previously written about how “Stand Your Ground” (SYG) laws have been subject to considerable misunderstanding and derision, and often both. It is quite common to characterize these laws as “shoot first” (and ask questions later) laws or a “license to kill.”

To wit: the Huffington Post has a tag for “shoot first laws”: 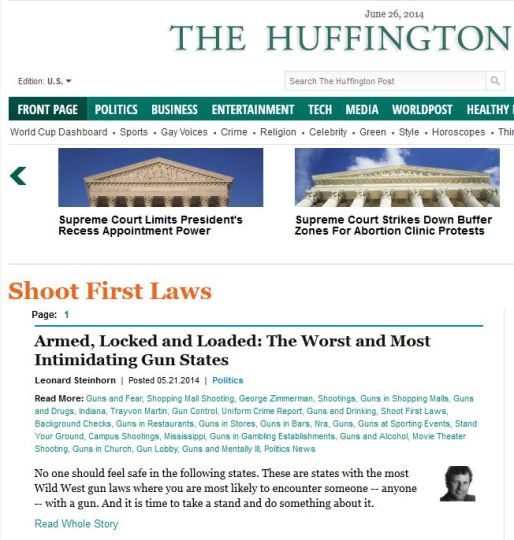 Even the Law Center to Prevent Gun Violence, presumably staffed by attorneys, perpetuates the myth. (In fact, if you Google “shoot first laws,” this is the first items in the search results.) 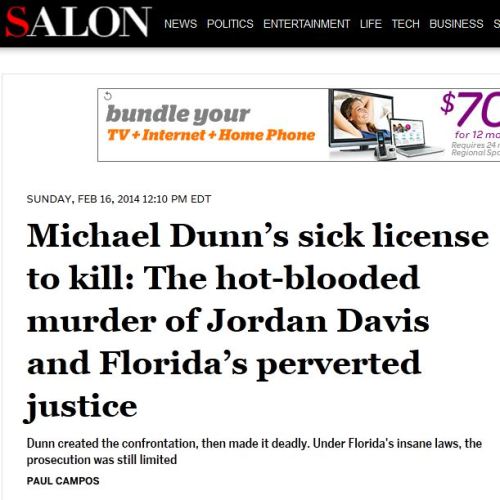 I could go on and on. However, as anyone who has studied the law of self-defense knows, nothing could be further from the truth. Massad Ayoob — whose views of self-defense I respect greatly — has given his view on SYG numerous times, including at a Cato Institute forum in 2012.

More recently, I have benefitted from Andrew Branca’s expertise in the law of self-defense to understand what SYG laws do, and don’t do. As I wrote in my long summary of the Law of Self Defense seminar, Branca offers a framework of five principles, all of which must be present in order to win a lethal force self-defense case:

If even one is missing, “the best your attorney can do is get you a good plea bargain.”

SYG falls under Principle 4: Avoidance. SYG laws suspend the “duty to retreat” that is part of the overall equation of lawful self-defense. HOWEVER, as Branca emphasized in his seminar, just because you have “no duty to retreat” (i.e., you can “stand your ground”), you can still be found guilty if the other 4 principles are not in place (innocence, imminence, proportionality, reasonableness). Moreover, even in a state that has a SYG law, a prosecutor may be able to convince a jury that your failure to retreat was unreasonable (Principle 5).

SYG laws also usually conditional on other factors — e.g., you must have a legal right to be where you are, you cannot be the aggressor in the conflict, you cannot be engaged in any illegal activity at the time.

All of which is to say — very much contrary to the idea that SYG laws are “shoot first” laws or a “license to kill” — one cannot simply assert SYG and be completely absolved of all responsibility.

But, wait, there is still more. From my perspective as a social scientist, there is also the behavioral question beyond the legal one. Does the existence of SYG laws create a context in which people go for their guns in situations in which they wouldn’t otherwise? Net of other factors, is there a relationship between SYG laws and the number of justifiable homicides? More on this later.