There is No Such Thing as Gun Violence in General

As noted previously, I recently served as a discussant on a panel on gun violence at the American Society of Criminology annual meeting. Among the three papers was a very interesting one by Gary Kleck on large-capacity magazines and mass shootings.

In my discussion of the papers I began by reflecting on the concept of gun violence itself. Gun violence is an extremely broad topic, especially if we use an encompassing definition of “violence” as many do today. Elizabeth Stanko’s definition comes immediately to mind, that violence is “any form of behavior by an individual that intentionally threatens to or does cause physical, sexual, or psychological harms to others or themselves.”

Take that definition of violence and add a gun and you have a very encompassing definition of gun violence. It includes everything from the routine forms of aggravated assault that Rick Dierenfeldt explained in his panel paper, to the homicidal violence studied by Vincent Ferraro and Saran Ghatak in their paper, to the rare but dramatic mass assaults that Kleck discussed in his paper.

Although not a topic covered on this panel, it would also include suicide with guns.

On the surface, the only exclusion in this encompassing definition would seem to be accidental injuries or deaths from firearms, since they lack the intentionality necessary in Stanko’s definition.

But when I got to reading the papers for this panel, I thought of another form of behavior that is not necessarily excluded by this understanding, but is certainly more marginalized: positive violence, lawful violence, ethical violence. 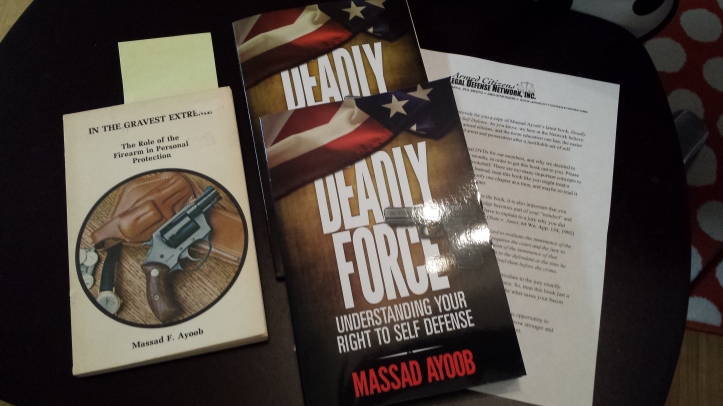 I appreciated Ferraro and Ghatak’s paper for at least allowing that harm or the threat of harm is not always a bad thing. Although they conclude that Stand Your Ground laws coexist with higher rates of homicide, it may well be that higher rates of negative violence in various states make it more likely that those legislatures will pass Stand Your Ground laws as a way of sanctioning – or at least decriminalizing – positive forms of violence. This can be significant even if the positive forms of violence do not always or entirely deter the negative ones.

Similarly, though in a sort of opposite fashion, Kleck’s paper highlighted how what we perceive to be harmful instruments of violence may not be so. In fact, his findings suggest the importance of intentionality in understanding violence – not just in defining violence but in explaining its causes. If the intention to do maximal harm to others predicts both the choice of weapons with large capacity magazines and the actual damage done, the correlation between magazine type and damage is spurious. An excellent demonstration of Peter Berger’s ancient claim that the first wisdom of sociology is this: things are not what they seem.

Dierenfeldt’s work also embodies this wisdom as concerns guns and violence. Rather than exploring the general relationship between gun ownership and crime rates, he looks more specifically at the availability of illegal guns on gun use in aggravated assaults, finding a significant positive relationship for both black and whites. He also finds that gun use is more common for both blacks and whites when the victim is black, which is fascinating. And he is able to ferret out some interesting racial differences in the nature of gun use during aggravated assaults, as he discussed in his presentation.

In the end, my point concerning violence broadly and gun violence in particular is the need for specificity over generality. Although we need to have some definition of violence to create a horizon for our disciplined study of the phenomenon, I do believe that fundamentally there is no such thing as gun violence in general. There are specific acts of violence involving guns with specific phenomenologies, etiologies, and outcomes.

All of the papers I read for this panel reinforced this belief.