Whenever dramatic events happen in the US involving guns, I hear from the media. Not a ton of media, alas, since my overarching position that “guns are normal and normal people use guns” doesn’t fit most media narratives following dramatic events. And, to be clear, I am not an expert in gun violence or any other unlawful possession/use of firearms.

To the extent that I know anything in particular about guns, it is about what I have been calling “Gun Culture 2.0.” So, for those interested in a sweeping overview of American gun culture, here are my broad (not deep) thoughts. 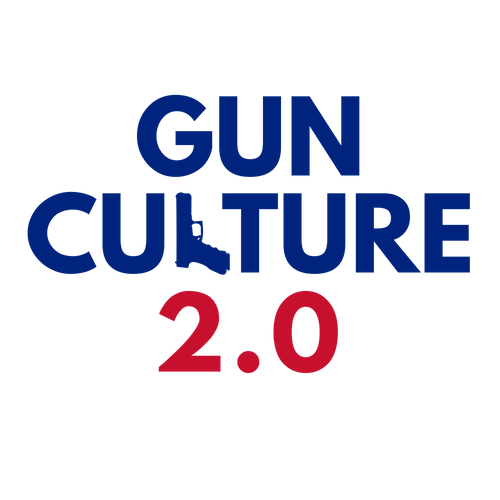 In my view, a useful heuristic for understanding the broad sweep of gun culture in America is to distinguish between three major periods.

The culture of guns in the Colonial, Revolutionary, and early Republic. At this time, guns are tools necessary for self-preservation on the frontier (when the colonies themselves were a frontier) and a symbol of citizenship (hence according the right of ownership largely to white men).

As gun historian Clayton Cramer has written, guns played a fundamental role “for the collective military purposes of each colony; for the defense of individual families and isolated settlements; as symbols of being a citizens with the duty to defend the society; and more than occasionally, to demonstrate that nothing has changed in the human condition since Cain slew Abel.” Thus, Cramer concluded, “Gun ownership appears to have been the norm for freemen, and not terribly unusual for free women and at least male children, through the Colonial, Revolutionary, and early Republic periods” (Armed America, p. 236).

As with “versions” of software, Gun Culture 1.0 incorporates Gun Culture 0.0 and expands it to include hunting as sport and more formalized recreational shooting, and later various types of gun collecting.

To be sure, in the early history of the American nation, guns were probably more practical than symbolic for most people. They were tools of necessity for hunting, self-defense, and national defense. But as the nation developed, so too did American gun culture. Although he was no fan of guns or gun culture, prize-winning American historian Richard Hofstader was correct when he wrote, “What began as a necessity of agriculture and the frontier, took hold as a sport and as an ingredient in the American imagination.” [Richard Hofstadter, “America as a Gun Culture,” American Heritage 21:6 (October 1970)]

Hunting became not only a source of food but a dominant form of recreation for many, receiving a “real” rifle became a rite of passage from boyhood into manhood, and the attachment to guns was routinely expressed in popular culture, from Ernest Hemingway’s novels to High Noon with Gary Cooper and Grace Kelly.

The National Rifle Association and other organizations have played a significant role in promoting sport shooting since the 18th century.

As the nation became more prosperous and consumer culture grew in the early 20th century, gun collecting became an avocation for a minority of gun owners. Gun collecting was democratized to some extent with the surplus of military arms produced by global conflicts of the 20th century.

Incorporates Gun Culture 1.0 and expands the centrality of personal protection/self-defense (which has always been a part of gun culture).

Gun Culture 2.0 incubated in the social unrest and global uncertainty of the 1960s and 70s, was born in the 1980s and 1990s with the liberalization of concealed carry laws, and have been maturing since.

This blog, my publications, the video of my talk at the National Firearms Law Seminar, and my ongoing book project all expound on this much more.

The Diversity of American Gun Cultures

Among the cultures of guns in America today are:

There may be more that I am forgetting or don’t even know about yet.

Moreover, there are other non-gun American subcultures that overlap to some extent (more or less) with gun culture (and each other):

So at the same time I think the broad heuristic of thinking of Gun Culture 0.0, 1.0, 2.0, and whatever comes next is useful, I would hate to be seen as glossing over the diversity of gun cultures co-existing in America today.