Review of Adam Winkler’s Gunfight: The Battle over the Right to Bear Arms in America – The Best Single Volume Treatment of Guns in America

I read Adam Winkler’s Gunfight (W.W. Norton, 2011) months ago, but haven’t gotten around to posting about it until now because I got so much out of it. Nearly 9,000 words covering 20 single-spaced pages of notes, to be specific. So, these brief thoughts won’t do complete justice to the book.

My main takeaway: This is the best single-volume overview of the role of and debate over guns in American history that I have read. If others have suggestions for competitors to this title, I welcome them. 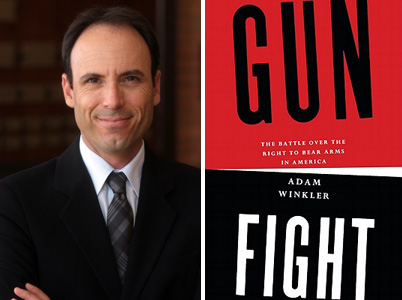 Winkler, a professor of constitutional law at UCLA, strikes a terrific balance between entertainment and scholarly seriousness, making the book both readable and thought-provoking. Unlike most academic authors, Winkler doesn’t just review the facts, but tells an interesting story.

The book’s narrative interweaves the story behind the U.S. Supreme Court’s decision in Heller v. District of Columbia with the history of the Second Amendment, gun culture, and gun control. Along the way we meet an interesting cast of characters, notably the upstart “libertarian lawyers” (Winkler’s term) Clark Neily and William “Chip” Mellor of the Institute for Justice, lead attorney Alan Gura, and Robert A. Levy (who helped organize and fund the case).

We peer behind the scenes at the jockeying taking place between the National Rifle Association (NRA) and those advancing the Heller case. We see how Neily and Levy overlooked veteran Second Amendment attorney Steve Halbrook and opted instead for the inexperienced Alan Gura, and how the NRA tried to hijack Gura’s case by consolidating it with theirs (Seegars v. Ashcroft with Halbrook as lead). We learn about a meeting between Gura, Neily, and Levy and NRA leaders Wayne LaPierre, Chris Cox, and general counsel Robert Dowlut in March 2007 to make sure the NRA wouldn’t undermine the attempt to get a case to the Supreme Court. The NRA assured they wouldn’t; the libertarian lawyers did not believe them.

When we get to the point of the book where the Heller decision is handed down, we feel as though we have participated in the case along with Gura. We may as well be sitting at the end of a high top table in a neighborhood bar having a beer with him and listening to him tell the tale. 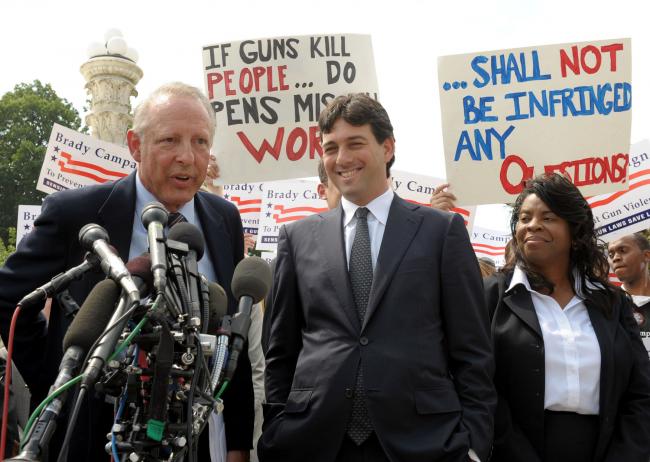 We see difference faces of the National Rifle Association historically: 19th century founders William C. Church and George W. Wingate; early 20th century gun control supporter Carl T. Frederick; Maxwell Rich, who wanted to move the NRA out of Washington to Colorado; and architects of the “Revolt at Cincinnati” and creators of the contemporary NRA, Harlon Carter and Neal Knox. We also see a different side of a hero of the American right, Ronald Reagan – both in connection with California’s gun controlling Mumford Act and with John Hinckley, Jr. and James Brady.

Josh Sugarmann and the Violence Policy Center and Larry Pratt and the Gun Owners of America stand in opposition to each other, as do the disgraced historian Michael Bellesiles and gun culture economist John Lott (who also has data skeletons in his closet). Other contrasts include the Ku Klux Klan and the Black Panthers, Plaxico Burris (who shot himself in a NY nightclub and went to jail) and NY concealed handgun permit holder Donald Trump.

I’m sure there are some significant individuals, organizations, and events that Winkler does not cover. But what he did cover is a lot.

Substantively, Winkler’s Gun Fight is one of three recent books I have read by individuals I would characterize as “liberals who have an appreciation of the legitimate place of guns in American society.” Along with Dan Baum’s Gun Guys and Craig R. Whitney’s Living with Guns (informatively subtitled: A Liberal’s Case for the Second Amendment), Winkler’s book tries to occupy a middle ground between “gun grabbers” and “gun nuts.”

His fundamental view is stated plainly in the book’s preface: “This book shows that we can have both an individual right to have guns for self-defense and, at the same time, laws designed to improve gun safety. The two ideas—the right to bear arms and gun control—are not mutually exclusive propositions. In fact, America has always had both. … Gun control is as much a part of the history of guns in America as the Second Amendment” (p.ix).

And again in the introduction: “Gun rights and gun control are not only compatible; they have lived together since the birth of America. . . . Unlike the unreasonable right to bear arms promoted by extremists in the gun debate, a reasonable right to bear arms has always been available to Americans – one that balances gun rights with gun control. Although the precise equilibrium has always been in flux, changing in response to the times, the story of guns in America is about regulation and right. We don’t have to choose between fully automatic machine guns and water pistols” (p. 12). 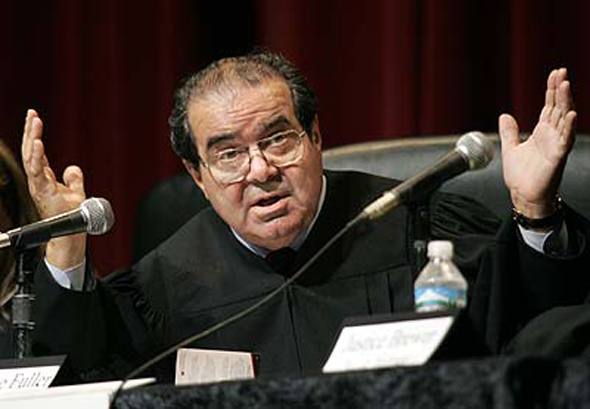 Winkler emphasizes that Antonin Scalia’s decision in Heller held both that there exists in America an individual right to keep and bear arms for self-defense and legitimate scope for government to regulate the keeping and bearing of arms. “Like most rights, the right secured by the Second Amendment is not unlimited,” Scalia wrote in Heller. Adding that nothing in the opinion should “be taken to cast doubt on long-standing prohibitions on the possession of firearms by felons and the mentally ill, or laws forbidding the carrying of firearms in sensitive places such as schools and government buildings, or laws imposing conditions and qualifications on the commercial sale of arms.” Winkler observes that “Scalia also suggested that bans on ‘dangerous and unusual weapons,’ such as machine guns, were constitutionally permissible. While there was a right to bear arms for individual self-defense, the right was not ‘a right to keep and carry any weapon whatsoever in any way whatsoever and for whatever purpose.’ Indeed, in another important limitation, Scalia implied that the right recognized by the court might be restricted to the home. Individuals did not necessarily have the right to possess a weapon in public” (p. 279).

This Supreme Court position was reiterated in another victorious case led by Alan Gura: McDonald v. City of Chicago. “We made it clear in Heller that are holding did not cast doubt” on many forms of gun control, the majority wrote. “We repeat those assurances here” (pp. 288-89).

Winkler notes the great displeasure with the Heller decision by some gun rights proponents, at least one of whom compared Alan Gura to Osama bin Laden and Benedict Arnold.

So, Heller and McDonald were neither clear victories for gun rights proponents, nor clear defeats for advocates of gun control. To the extent that most Americans are somewhere between Second Amendment fundamentalists and gun banning zealots, the decisions were a victory for the broad and deep middle of American society.

Whether Winkler was right in seeing these middle-ground decisions as providing an opportunity to move the debate over gun rights and gun control forward, time will tell. But I am doubtful as the loudest voices on both sides tend to be the most extreme.