In recognition of the opening of the gun deer hunting season in Eastern North Carolina today, some thoughts on hunting and gun culture.

In his 1995 essay “Ten Essential Observations on Guns in America” — a core reading in my Sociology of Guns seminar this semester — James Wright observed that most guns in America are “owned for socially innocuous sport and recreation purposes,” and therefore, that “gun ownership is apparently a topic more appropriate to the sociology of leisure than to the criminology or epidemiology of violence” (pp. 64-65).

Although self-defense is increasingly a primary reason for gun ownership (see table from Pew Research Center report below), Wright’s association of gun ownership with leisure rather than crime/violence remains a profound insight worthy of more consideration than it gets from either the media or scholars writing about guns. 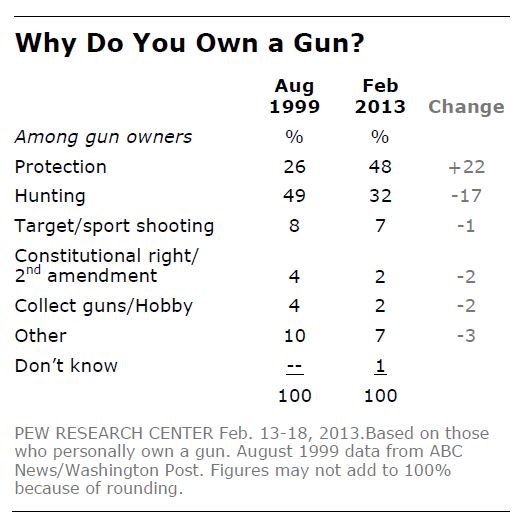 In his 1983 book Under the Gun, Wright cites a 1978 survey of gun owners which found 71 percent owned them for leisure purposes (hunting, target shooting, and collecting) (p. 60). Twenty years later, an ABC News/Washington Post poll cited in the aforementioned Pew Research Center reeport similarly found that nearly two-thirds of the respondents cited recreation as the main reason they owned a firearm, including 49 percent hunting, 8 percent target/sport shooting, and 4 percent collecting. The 2015 National Firearms Survey allowed respondents to name multiple primary reasons for firearms ownership and found that 40% named hunting, 34% collecting, and 28% sporting use.

Unfortunately, only a handful of scholars have considered gun culture as a form of recreation akin to other “collective passionate avocations” like swing dancing, adult league tennis, and birding. There is, however, good reason to see a large part of gun culture as “serious leisure.” 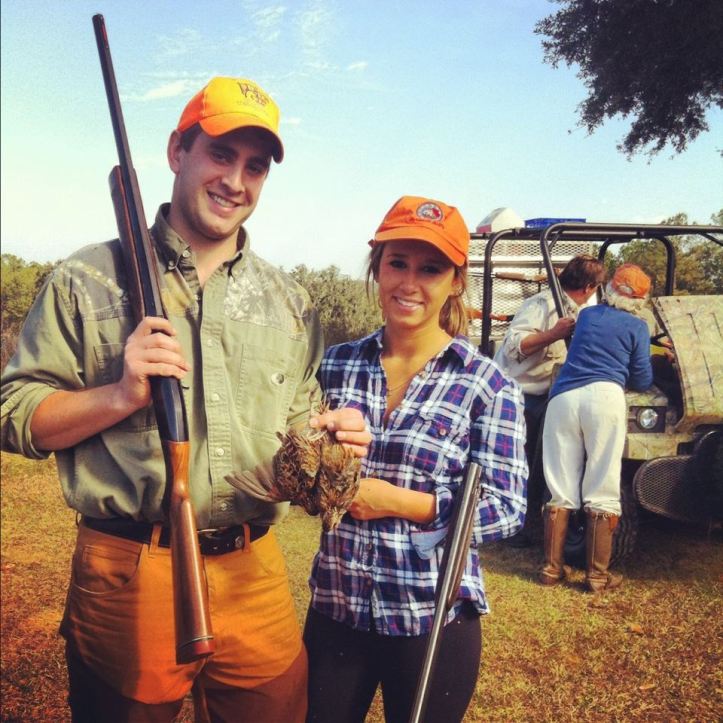 The transformation of hunting from a necessity of survival to a sporting pastime was amplified by the broader rise in leisure activities in the 20th century, as work days and hours shrank and income (and consumer credit) grew.

Although many still hunt in order to harvest game meat, not many people in the U.S. hunt for subsistence. Stephen Kellert argued in the 1970s that over the course of the 20th century a “utilitarian” attitude toward hunting has declined, and an increasing proportion of hunters can be characterized as “sport hunters” – those who enjoy being outdoors with others and displaying their skills – and “nature hunters” – those who hunt to participate in nature for “inner-directed, virtually mystical, reasons” (Wright, Under the Gun, p. 59).

Although the proportion of the U.S. population that hunts has declined, millions of Americans still hunt and in some locations hunting is sufficiently normative that public schools close on the opening day of hunting season. Unfortunately, sociologists have not seriously studied recreational motivations for hunting, perhaps because, like much of the non-hunting population they do not approve of hunting for non-utilitarian, sporting reasons.

It would be an enormous benefit to our understanding of gun culture, however, for someone to ethnographically study animal hunters in the way sociologist Gary Alan Fine studied the culture of mushroom hunters. 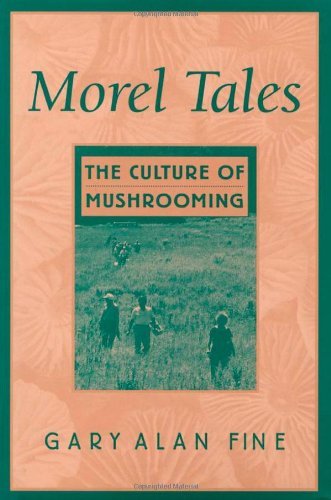