An Occupational Benefit of Doing Research on Gun Culture

I have written in the past about the fact that one of the occupational hazards of being a gun researcher is being around guns a lot but not shooting much.

There is a flip side to that coin also. Having spent a lot of time traveling the country investigating American gun culture, I have had the chance to meet many, many people who are extremely knowledgeable and generous in sharing that knowledge.

This is true both for purposes of my research and my (not entirely unrelated) aspiration to become a better shooter this year. For example, Steve Hendricks of Custom Tactical Services, who I met at Gunsite Academy last summer, talked to me for 45 minutes the other day about good dry fire practices. I have already put his advice into practice.

Similarly, as I have mentioned before, Dustin Salomon has offered me advice about the best way to achieve my shooting goals based on the process he outlines in his book Building Shooters (which he was also kind enough to have sent to me gratis).

Mike Seeklander has offered me discounted access to his American Competitive Shooting Society, and I am underway with the IDPA Mastery Series which includes video and written instruction by Seeklander, dry and live fire drills, and a fitness component. 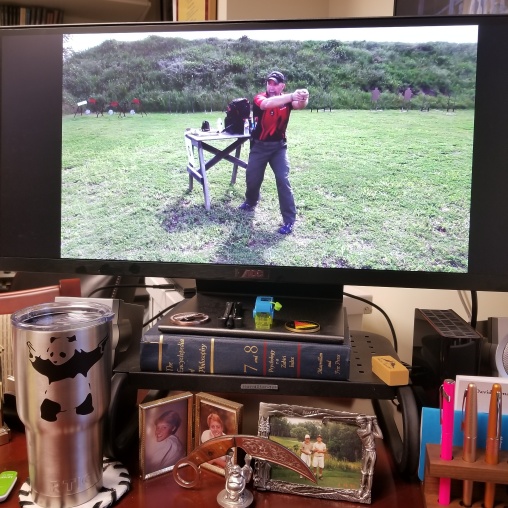 John Johnston of Citizens Defense Research and Ballistic Radio fame is traveling all the way from Cincinnati to be a guest lecturer on armed self-defense in my Sociology of Guns seminar at Wake Forest University in North Carolina this semester.

My (dare I say?) buddy Rob Pincus of I.C.E. Training checks in on me regularly to make sure I am on top of developments and controversies in the gun and gun training world. 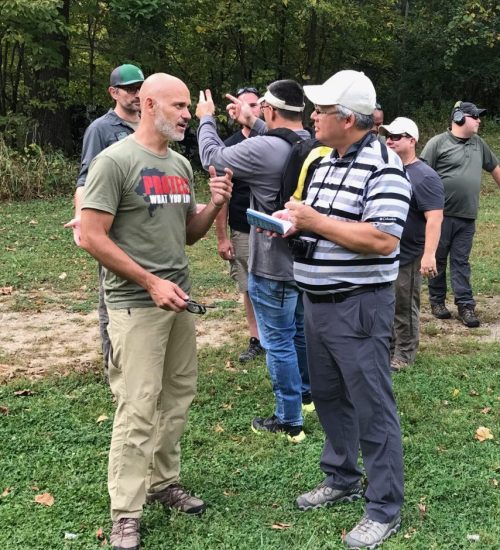 Karl Rehn knows more about the history of gun training than any other living person and regularly shares that knowledge with me. A true highlight of my work on gun culture was being a guest/interviewer of Rehn on Bob Mayne’s Handgun World Podcast recently. I will take KR Training’s Historical Handgun course one of these days!

This does not even count the many people who have reached out to me to offer me their insights into gun culture, both everyday gun owners and those with unique insights.

I actually began writing this post out of gratitude for a message I received yesterday out of the blue from Ronin Colman. Colman, you see, is not only the creator of the PACT shot timer, but also happened to be one of the attendees at the first ever class held by Jeff Cooper at the American Pistol Institute (he is the young man to the right of Col. Cooper in the photo below). He offered to talk to me about his experiences if I was interested. Interested? Very!

As someone who produces words and ideas for a living, I would never ask someone to give me their intellectual property free. But as someone who pays most of his research expenses out of pocket, I don’t turn down gifts like I have been given by so many people. I know that makes me predisposed to say nice things about the people giving those gifts, but in all honesty, the gift is typically a reflection of the generosity of the giver.