Who is “The Gun Industry”? On the Ground at the USCCA Concealed Carry Expo

I was fortunate to start reading Pamela Haag’s newly published book, The Gunning of America: Business and the Making of American Gun Culture, just prior to attending the United States Concealed Carry Association’s second Concealed Carry Expo (CCX) in Atlanta. It got me thinking about “The Gun Industry” just at the right time. 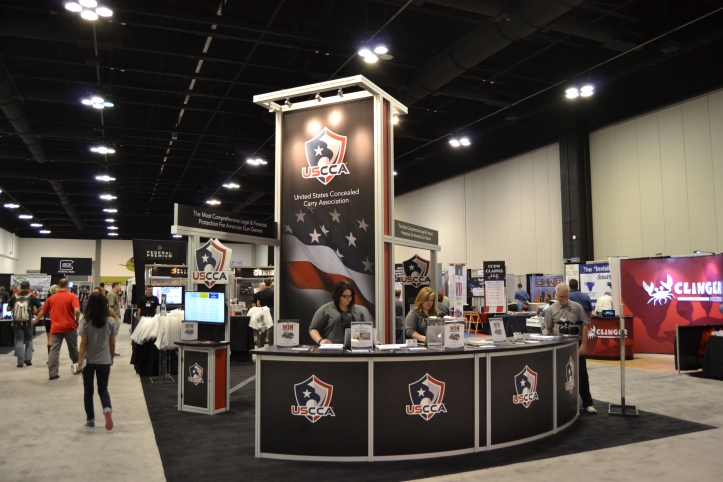 Today, Remington and Winchester as corporations (among others) are scorned by advocates of gun control as “The Gun Industry.” Remington Arms Company, in particular, is stigmatized for owning Bushmaster, which made the rifle that was used by the mass murderer in Newtown.

As Haag points out, the shift in the 19th century from craft production of guns by skilled gunsmiths to industrial production by machines was revolutionary. “The American System,” she writes, “involved making real people – craftsmen – disappear through mechanization.” Interestingly, the development of the legal concept of the “corporation” also entailed “making false people appear. . . . The corporation took many people – stockholders – and melded them into one legal ‘fictitious person’ endowed with the real and true rights of an individual before law” (p. 52).

“The Gun Industry,” thus understood, was born in the 19th century and in its crass pursuit of profit (blood money) grows bigger and more powerful every day. So the argument goes.

In my title, however, I deliberately ask “who” is the gun industry rather than “what.” Being on the ground at the CCX reminded me that the gun industry is more than just corporate actors, what Supreme Court Chief Justice John Marshall in 1819 called “an artificial being, invisible, intangible, and existing only in contemplation of the law” (quoted in Haag, p. 52). The Gun Industry is people, some of whom I name here and in following posts.

(And the gun industry is not simply gun manufacturers, as we will also see. In fact, of the 90+ companies at the CCX, only 9 were gun manufacturers: Bond Arms, FN, Glock, Heizer Defense, Kahr, SCCY, Springfield Armory, Taurus, and Walther. Notably absent were industry giants Beretta, Ruger, Sig Sauer, and Smith & Wesson.)

So, WHO is the gun industry? 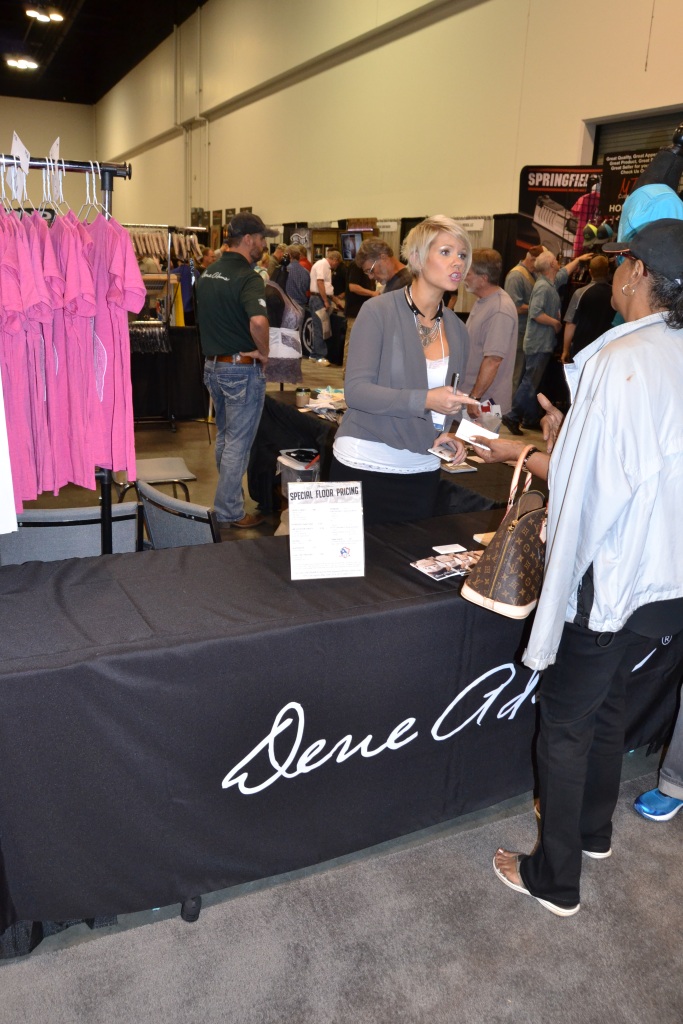 People like Julene Franklin and Patty McConnell of Silver State Apparel who designed, created, and brought to market a concealed carry shirt for women.

People like Marilyn Smolenski, owner of Nickel and Lace, who began with shapewear holsters and debuted a Metal Snowflake Collection of concealed carry vests at the CCX. Smolenski is also the founder of the Firearms & Fashion Show, which has been co-produced with the USCCA for the past two years (more on this when I have time).

People like Jane Wolbrecht of Incognito Wear who debuted her products at the CCX . . . 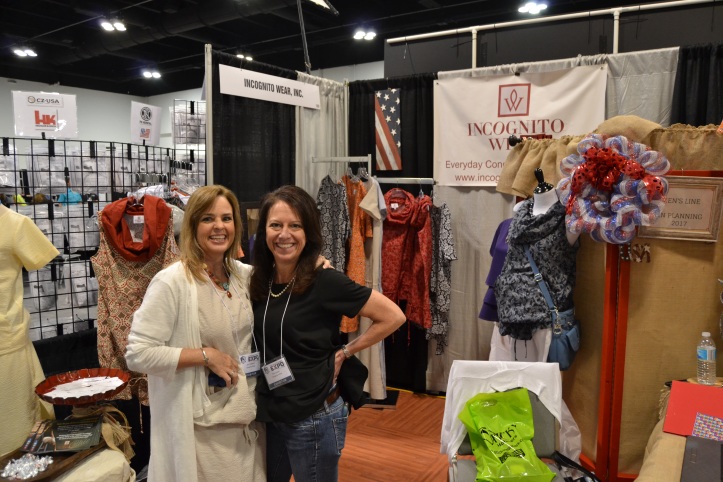 . . . and Janet Sheriff of ShePax who also introduced her products at the show.

People like Beckie Moon, who with her husband Don are spending their “retirement” hand-making designer concealed carry purses as Moonstruck Leather.

People like Donna Bickert of Femme Fatale Holsters, “lingerie for your weapon,” and the skilled seamstresses she employs to make her corsets.

People like Leslie Deets — not pictured here because I missed her — who created the concealed carry purse company Concealed Carrie.

See more of the “who” in the gun industry in Part 2 of this series (forthcoming).