Although armed citizens wear clothes — its hard to do the concealed part of concealed carry without them — the term fashion is not often uttered in connection with standard concealed carry attire. Or should I say the concealed carry “costume”?  You know the one: the tactical pants and photographer’s vest that basically screams: “I AM CARRYING A PISTOL.” 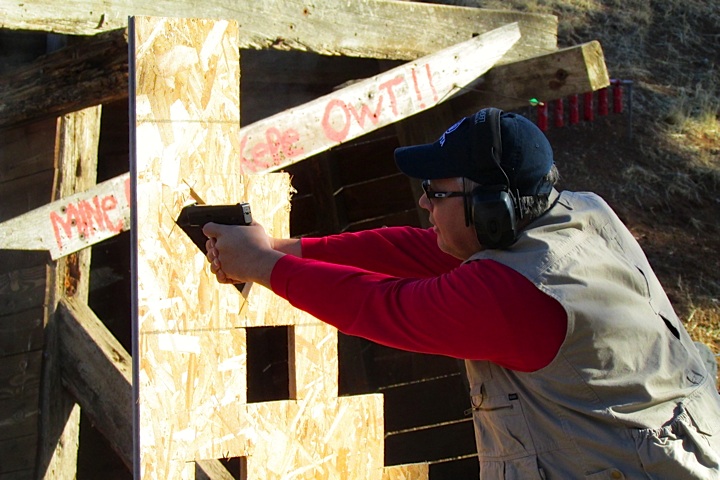 How to safely, accessibly, and comfortably carry a loaded firearm concealed while dressing appropriately for various situations is a major challenge facing those who might want to carry concealed. As I have previously observed, this is especially true for women.

For example, when Patty McConnell started shooting six years ago, the only clothing she could find for concealed carry were tactical pants. The kind of concealed carry clothing she envisioned, by contrast, would be “stylish – boutique not Cabela’s.” She wanted the company she started with Julene Franklin, Silver State Apparel, to produce clothes that embodied three Fs: feminine, fashionable, and functional.

Similarly, after Jan Wolbrecht’s husband bought her a pistol in 2013, she began learning about concealed carry. She “didn’t want to be tactical,” she told me. “There has to be a way to make a dress that is professional and allows me to carry.” Wolbrecht “spent a lot of time thinking about the problem and how to solve it.” Her solution is Incognito Wear, dress casual wear for women (which debuted at the CCX but did not participate in the fashion show).

A pioneer in bringing together firearms and fashion is Marilyn Smolenski, founder of Nickel & Lace. Smolenski and Karen Bartuch, a former police officer and founder of Alpha Girls LLC, teamed up to host the first annual Firearms & Fashion show in Chicago in 2013.

(It should be said that Tricia Cutler of Women’s Concealed Carry had previously produced a women’s concealed carry fashion show in New York in 2012.)

After two years in Chicago, the Firearms & Fashion Show joined forces with the USCCA at the first Concealed Carry Expo in 2015, and that partnership was reprised in 2016 in Atlanta. Earlier I posted a sort of placeholder entry on the USCCA Concealed Carry Fashion Show (which includes a link to the YouTube video of the show). But there is so much more to show and tell about it.

One major fashion show production challenge is that most experienced runway models don’t carry guns, and most gun carriers have never modeled, on a runway or anywhere else. The Concealed Carry Fashion Show combines some of both groups, and each helps the other to do what they know best. (5/11/16 edit: Organizer clarifies that no models walked out.)

The event was well-served by a professional talker as MC, Armed American Radio’s Mark Walters, which made sense given the relationship between AAR and the USCCA. The runway itself, lighting, two large projection screens, and loud but clear music all made for a very professional feel to the event, even if the feel was not as edgy as the first show in Chicago.

A couple of notes about what follows. First, doing my own photography at the Expo made me realize that I am a writer not a photographer. So, these photos don’t do justice to the show. In putting together this post, I also realized that, although I am a writer, I do not have the vocabulary to describe a fashion show. My words couldn’t do justice to the show, so I don’t even try. For both of these limitations, I am sorry.

As I noted in an earlier entry, Smolenki’s Nickel & Lace debuted its Metal Snowflake Collection of concealed carry vests at the Expo. Here they are on the runway. The first model is Beth Alcazar, who writes the “Pacifiers and Peacemakers” blog for the USCCA. 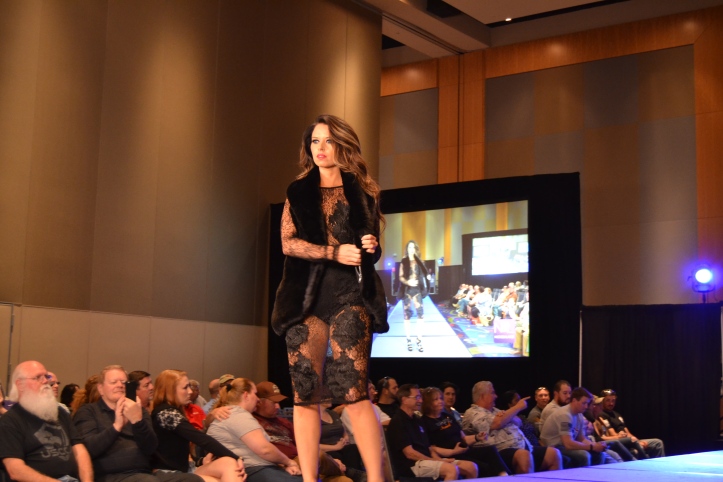 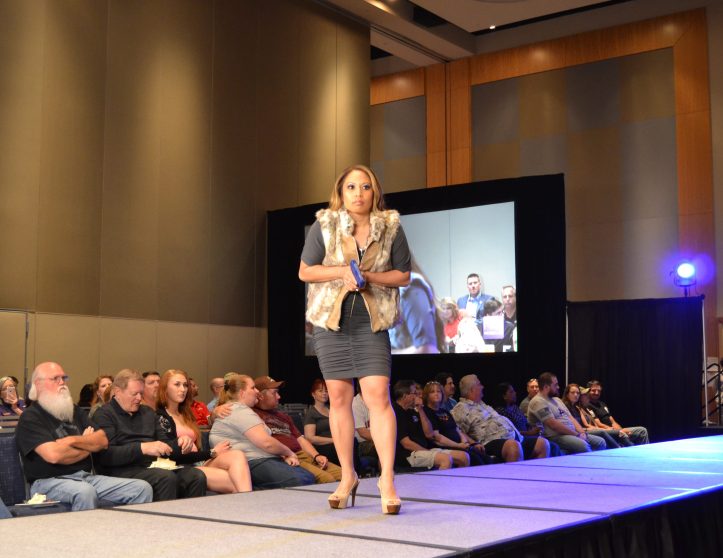 Janet Sheriff founded ShePax to create functional and stylish purses for concealed carry. I carry a murse not a purse so I will let you be the judge as to the stylishness of her designs, but they look pretty good to me. 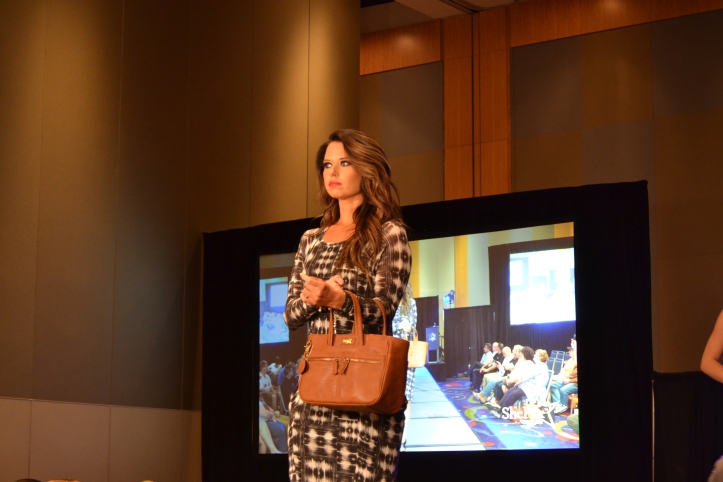 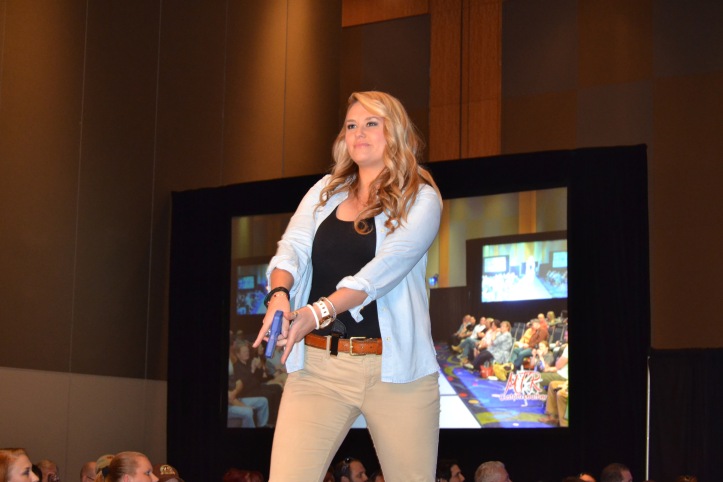 I make no bones about the fact that I carry a murse. I have way too much stuff to haul around to use my pockets. So one of the items I was most interested in at the Expo was Aaron Tweedie’s Man-PACK, and not just because the model was rockin’ a bow tie. Unfortunately, they don’t (yet?) make this sweet leather model for a lefty. 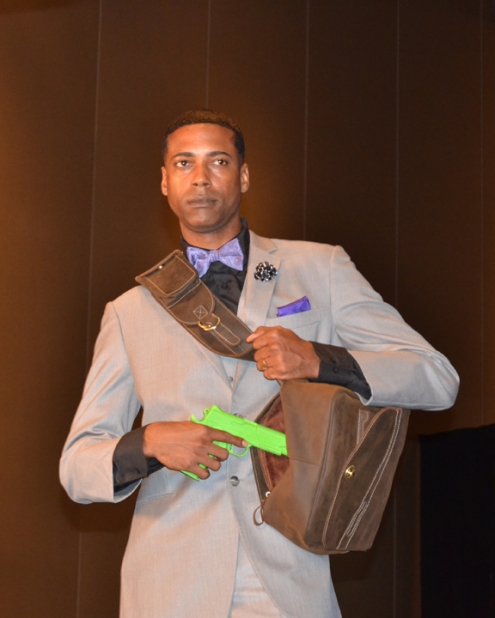 Mentioned already above, Silver State Apparel showed their line of concealed carry shirts. Note in the first picture you can’t see the gun. That’s the point.

CrossBreed has to be one of the most recognizable names in holsters, especially for its SuperTuck design. I was interested to see some of their other work on the CCX runway, along with one of the USCCA staff (third picture below). 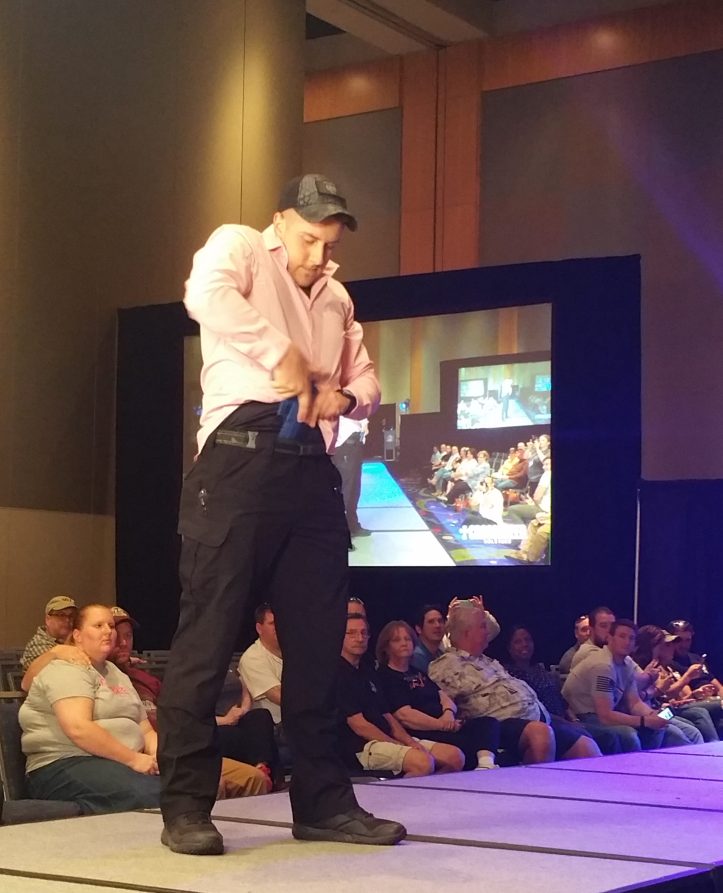 Last but certainly not least is one of the most popular products at the show, judging from the fact that I tried to buy a pear of concealment underwear and they were sold out! Because the firearms are so well concealed by these UnderTech UnderCover concealed carry undergarments, I wasn’t able to get any good pictures of the models drawing from them. So, here’s the one decent picture I took. To repeat my earlier comment: You can’t see the gun; that’s the point.

One final note of interest is that the Concealed Carry Fashion show was sponsored this year by Men’s Warehouse, who provided the suits worn by the male models. Concealed carry takes another step toward mainstream status. I guarantee it (h/t George Zimmer). 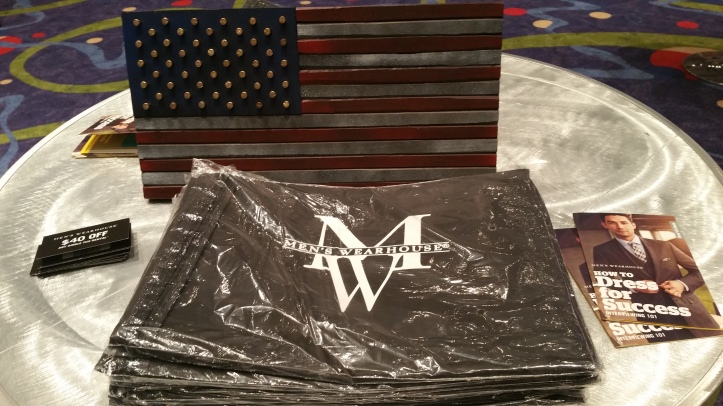